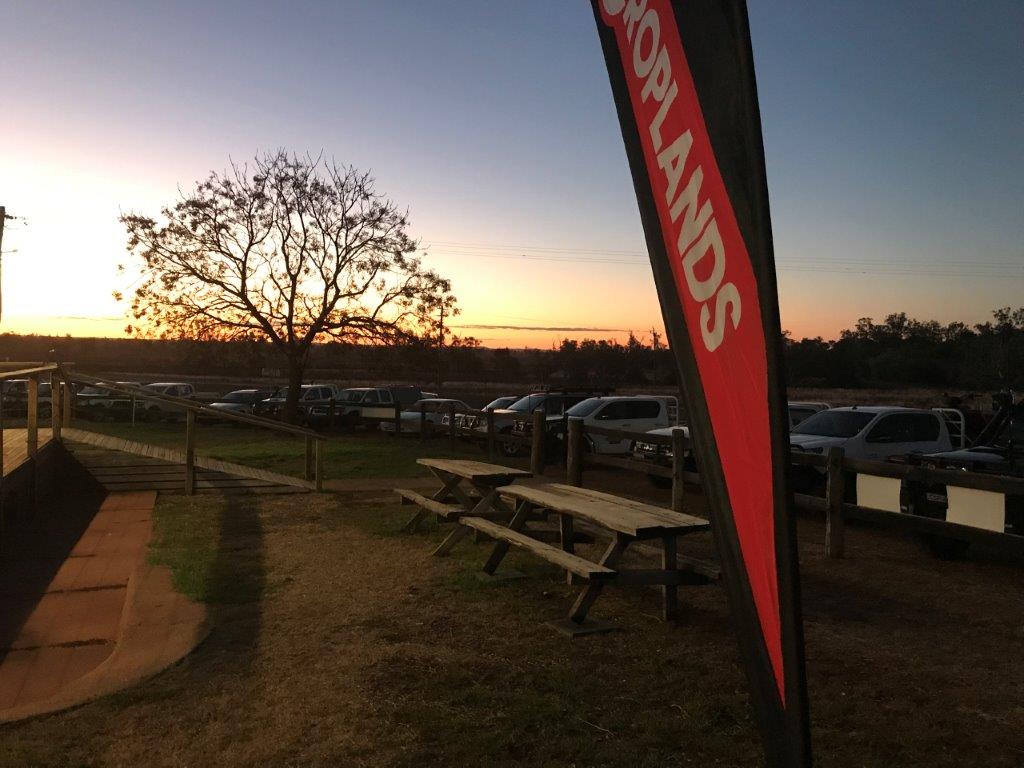 On the evening of Tuesday 10th July, Pursehouse Rural Mullaley hosted a Spraywise information session in conjunction with Nufarm and Croplands Australia.

The event welcomed over 45 growers from across the Mullaley, Boggabri and Gunnedah (NSW) areas, interested in learning more about changes and technological innovations in the agricultural industry.

The information session was kicked off by Dave Farmer, from Croplands Australia, who discussed the 24 hour risk profile from summer spraying. This is an important topic given the recent phenoxy herbicide drift issues which have seen the yield in potential cotton crops, in the area, severely limited. In relation to this, Dave considered nozzle selection, the effects temperature can have on the efficiency of chemicals, ideal wind-speeds, Delta-T and times during the late afternoon, night and early morning where it is extremely risky to be spraying.

Emphasis was placed on inversion layers and how to pick one, as these are the primary causes of off target herbicide damage. An inversion layer is caused by warm air rising from the soil surface, continuing to rise until it hits a point where the air temperature begins to decrease (Agriculture Victoria, 2017). This point, where the air temperature begins to decrease is the top of the inversion layer (Agriculture Victoria, 2017). When spraying in inversion conditions, the spray droplets will travel with the warn air which rises from the soil surface until they hit a point where the air is cooling. Once the droplets are trapped in this layer of air, unpredictable air movement transports droplets from the intended target area.

Wez Greig from Nufarm, Australia, then demonstrated some compatibility issues with less compatible products such as Amicide 625 and Glyphosate 450, which is a single salt glyphosate product. These products were more susceptible to precipitating out in a tank compared to Amicide 700 and dual salt glyphosate products such as weedmaster DST and weedmaster AGRO. Wez then illustrated the effects ammonium sulphate has on alleviating issues with hard bore water. Glyphosate is a negatively charged anion which binds to positively charged cations, such as magnesium and calcium in bore water. The addition of ammonium sulphate in glyphosate mixes alleviated the glugging issues in the demonstration and allowed the Amicide Advance 700 and weedmaster AGRO mix to remain in suspension.

The evening was wrapped up by Dave Farmer again concluding with the ideal nozzle selection and a quick demonstration of a WEEDit. The WEEDit is a specialised bit of kit for targeting weed detection in the paddock. The near infrared technology only detects chlorophyll present in living plants, sending a quick esponse to the nozzles which release the spray onto the weed. WEEDit sensors are placed every 1m across the boom and control 5 nozzles set to 20cm spacings, enabling precise spraying and better penetration in stubble with less shading of small grasses.

Thanks goes to Ruth Keppie, from Nufarm Australia, and Rob Fouracre, from Pursehouse Rural, for organising the event. And an extra special thanks must go to Dave and Wez for their in depth presentations on such important and relevant topics.