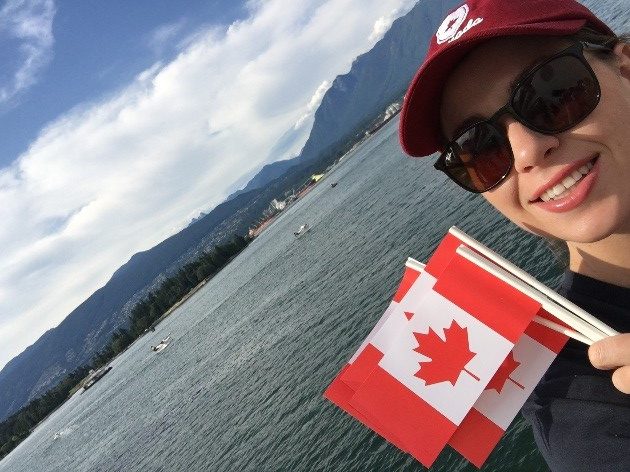 A month in Canada in a nutshell!

The Jetlag had me off to a slow start, with no sleep on my 14 hour flight I landed at 7:30am in Vancouver. Farm from bright eyed and bushy tailed but all set to see as much as I could and forcefully adjust myself to the time difference. I managed and early check in to my hotel where I set my bags and headed out to see the sights. Visiting the information centre, where I was asked where I was visiting from, with the reply of “Well you don’t sound Australian”.

Visited the Suspension bridge, on the outskirts of Vancouver with ever other visitor to the city that day it seemed. I returned back to eh harbour and walked around the Harbour festivities, did the “fly over” Canada virtual experience which was amazing! I stumbled across a start-up tech expo in the exhibition centre also where there were stalls on the future of farming and farming from home, which seems to be an oncoming push to grow your own food.

Another early start and train back to the airport. Managed to find Wally (Brendan) in the Saskatoon airport, after all we had were clues, brief emails and were looking for a stunned, jetlagged Aussie in Canada, which is more common then would have thought. Great news is I had managed to make it through without any baggage issues, unlike Brendan. We travelled to our hotel and walked the streets of Saskatoon and settled in.

It’s now day 3 with supreme jetlag, adjusting to 16 hour daylight and lack of decent coffee. Had breakfast with Dennis Bulani owner and founder of The Rack and Ultimate yield, his daughter Cassandra co director and their HR Michelle. Where we learnt there is a difference between pancake syrup and maple syrup. Visited the Saskatoon office, met Katie head agronomist, and Shannon from marketing

Drove to the Rack Biggar depot, toured their fertiliser facility, the second biggest in Saskatchewan and met Dave, commercial manager. Drove to Swift Current met with our respective hosts, Randi and Haley.

Went to watch Haley’s team in slow pitch, social baseball x softball. While so far I have noticed cultural similarities between countries, i.e. Beer is a staple, I’ve also now noticed they like to ruin good beer by adding orange juice or clamato (clam and tomato juice). A very interesting concept I am not sure I can adjust to.

Passing little to no trees Brendan and I drove to Calgary to visit the Stampede. Arriving late into the evening we found a great teppanyaki restaurant.

Stampede day, we visited the Nutrien Ag site showcasing Ag in the classroom displays, Canadian canola oil display, the paddock to plate theory, tractor pull competition and an all-round support for Agriculture. Toured through the tradeshows and even got to see a dog agility show which was brilliant. In the pavilion also visited a prairie museum where we watched a video in the establishment of the prairies and farming in Canada. Walking around it was not hard to notice the fellow Australians in the crowd. We ended the day with the chuck wagon races. Safe to say we had no idea what to expect and had no idea what was going on but all the while enjoying every second. A four horse drawn wagon with a driver then followed by two chucker’s on single horses. The show was then

finished by an incredible performance or acrobatics, dancing and singing. They sure can put on a great show!